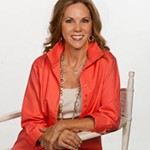 Jelaila’s  blogs are a favorite read of mine because she has a sane and grounded multi-dimensional perspective (and that is not a contradiction in terms!)

As many of you recall, the end of 2012 was the end of an old age.  But that was not all it represented; with the end of an age came a move into the field of high vibrating energy known by various names as the Galactic Superwave and the inner part of the Photon Band/Belt.  For the sake of brevity I’ll refer to it as the Field.

As I wrote many times, once we entered that space we would go through a period of intense change.  This change involved literally shaking off and releasing the parts of our reality that no longer fit and it would be more intense because the energies would be more intense.  Is that what we are seeing now?  The sun is expelling massive gamma ray bursts as though it had acid reflux.  The weather is off the charts, the political climate is absolutely crazy, and the world economy is in the toilet.  And if that is not enough, one “terrorist” attack after another, complete with massive, traumatizing media coverage/mind control has left people unable to cope with the stress.

Years ago I was told that the time would come when the changes would be so rapid and intense that people would literally be losing their minds.   Do you think we are there?

In the midst of all this craziness, we are also experiencing the ascension process.  For years I have said that ascension is not about leaving your body and disappearing into another dimension where all was perfect. Instead is the process of ascending one’s consciousness while in the physical.  To ascend one’s consciousness required the ability to view life’s events from a higher perspective; one that could observe both the positive and negative and find value in both.

As a person developed this ability they would be able to ride the waves of change and not get pulled under.   Of course, this ability required a new set of beliefs, higher beliefs based on the way a creator god/goddess would think. Another way of saying it is that a return to god consciousness and was required.  Only then, with the ability and skill to be able to see beyond the obvious (the 10% of reality we see) to what was really going on (the 90% of reality that is hidden) can we re-balance ourselves after each shock and eventually find peace.  People would find that meditation, yoga and healthy eating would not be enough to maintain their equilibrium because those things could not completely release them from the stress of believing they are victims. They could only mitigate the stress enough to carry on.  The person would still be held down by a consciousness based on old beliefs. Hope that makes sense.

Back to the Shift.  Once we entered the Field the dimensions of reality currently existing would go with us.  It is my understanding that at the end of 2012 we had 3D, 4D, 5D and 9D levels of consciousness/reality on Earth.  There’s an explanation in one of the 9D NC updates.  You’ll find it at:  http://www.nibiruancouncil.com/html/2010_perspective.html

During our journey through the Field these dimensions of consciousness or reality would appear to be merged.  Thus, we would find ourselves experiencing aspects of each.  Here’s an example of experiencing all 4 levels of consciousness in an event.  With the recent supposed terrorist attack in Boston (3D), we have people calling for a global mediation to help heal the trauma (4D) while the Internet buzzes with information already beginning to expose the real truth (5D).

Those embracing the 9D perspective do not seek to cast blame; instead holding all sides in compassion.  Though they feel the pain and heartache of those who were hurt, they put aside the urge to condemn.  They are fully aware that change does not occur in a vacuum or when we feel safe, secure and satisfied.  Those with a 9D perspective understand that humans will not wake up and step up to reclaim what they have forfeited unless and until the current reality becomes too painful.  That requires that someone or some group must take on that role.  The loss would act as a step forward in aiding all mankind to finally take back their power.  The sacrifice of those who were hurt or lost their lives would not be in vain.

This compassionate action would mitigate (there’s that word again!) and move through the mass consciousness web soothing and reducing the negative impact of all the fear.  In doing so it would help to more quickly bring forth the good that needs to come from all the suffering.  There are other examples of how we are seeing events from all 4 levels of consciousness but I’ll wait to share them in a future message.

In closing, as events continue to unfold and become more intense, we can help ourselves by using the higher dimensional, god conscious tools (for me that is the Keys of Compassion ) that enable us to process through the pain and reach a place of peace.  Not only will this benefit us individually, it will help those around us because we will be for them a calm refuge, that beacon of during the darkest hours of this global storm.

Last week I wrote about how we are seeing the expression of all 4 dimensions playing out in current events.  The purpose was two-fold, to give an example of how we are now living in a 4-dimensionally merged world while, describing how we can choose the highest level of that merge 9D).  We choose the highest level by how we respond to events and circumstances.  I used the example of the recent Boston Bombings to show how a 9D conscious person would respond.

In this week’s message I thought it might help to go a bit further; not so much in regards to the Boston situation but in how to consciously choose the level of reality that you want to experience.

Since most everyone on this list is pretty advanced, I won’t take up space explaining the difference between 3D, 4D, 5D and 9D.  For those requiring clarification, there are numerous articles on my website explain them.  There is also a detailed chart in the Appendix of the book, The Mission Remembered.

We choose our reality or dimension by our beliefs.  We think and act based on those beliefs.  Each dimension of consciousness has its own set of beliefs.  The higher the dimension the more integrated the beliefs.  What I mean by integrated is that there is little polarity, i.e., good/bad, etc.  You could say the higher you go the closer you get to “God consciousness.”  (See the Keys of Compassion.)

God consciousness is the level at which all things are valued.  There is no good or bad; everything, every event, every action has purpose and thus a value.  This is why “God/Goddess can be unconditionally love.  To love in this case, means appreciating, valuing and respecting all life and all things.  Whew! Are you still with me?  Okay.

Now you could say, “Well, that’s pretty easy then.  All I have to do is begin thinking and acting like a god/goddess.”  I’ll tell ya, it’s easy in theory but harder in practice.  Here’s why.  We are sooooo indoctrinated and conditioned in the 3D beliefs.  Example, to begin thinking like a god/goddess, we must let go of the belief that we are victims and live each day with the understanding that we create or co create everything and I mean EVERYTHING in our reality.  There’s no “I’m the creator/co creator of my reality sometimes and a victim sometimes.”  That is the same as saying that we only have power sometimes.  A creator god has power all the time.  So it doesn’t work to believe you only have power some of the time.

What’s the point of ascension if you can’t reclaim and hold your power all the time?  Here’s a test to see where you stand dimensionally.   Ask yourself, “How did I co create the Boston Bombings or the Sandy Hook Shootings?  A person with a 9D consciousness knows the answer both personally and for humanity in general.

Now that I’ve got your attention, I’m going to challenge you to begin shifting your perspective on how you ultimately respond to the events in both the public area and in your personal life.  Yes, go ahead and respond like a 3D person (shock and horror), that’s part of being human; just don’t stay there.  Once you get those initial feelings out of your system, go on and step up dimensionally, own your part by finding the value.  Once you see the value in the situation you will experience gratitude and compassion.  In doing this you are consciously choosing your dimension, one situation at a time.

Now I know this may seem somewhat challenging to do; finding the mirror, what a situation is reflecting back to you about yourself and your inner world, is not always easy.  Heck, if it was, we’d all be further along than we are.  And though we were not left a manual on how to do this, we have been given the tools: they are written in the Keys of Compassion booklets.

As I stated last week, we are in an intense period of change.  That means we are being hit with challenge after another.  Used to be they’d come one at a time, but now it seems they come in clusters.  We used to have a little time to breath after working through an issue, now it feels as though we are in a pressure cooker.

We had years to prepare for this time and now our guides are taking us through the finals.  How we move through the issues, working our way from the initial 3D responses to the 9D state of compassion and peace will determine at what level we graduate.  As I’ve explained many times, once we come through this period, we will emerge in a completely new timeline. It will be as if 4 Earths emerge.  Now is our time to decide if we will be on the 3D or the 9D.